Home / Flashlights / 6 Most Powerful LED Flashlights 2020
"This site contains affiliate links to products. We may receive a commission for purchases made through these links."

Time to replace that old-fashioned torch and upgrade to a new LED flashlight? If you are somewhat confused as to what to look for then read on and I will try to shed some light on the subject. Ouch! Sorry about that, folks! Rather than just buy the first flashlight you find, you may as well spend a few extra dollars on the most powerful LED flashlight you can get as it is always a good idea to have a little extra power, and light, for emergency purposes.

LED, or Light Emitting Diodes, are the modern replacements for the old halogen and filament bulbs. Becoming more popular with each passing day, LED lights are more efficient, longer lasting and more environmentally friendly than their predecessors as well as providing much higher levels of brightness. Another distinct advantage is that LED bulbs are also more resilient and resistant to shocks or vibrations than the filament and halogen varieties.

Considerations When Buying a LED Flashlight 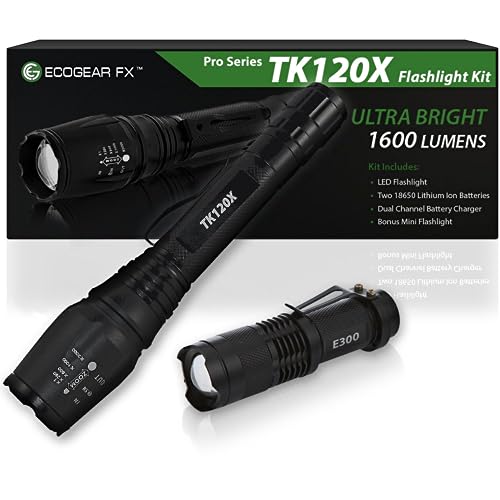 Not quite the most powerful LED flashlight available but certainly one of the most versatile on the market and my personal favourite by some distance. The EcoGear FX TK120X has all the features you may need and more. The CREE XML LED bulb delivers a brightness of 1600 lumens and is good for up to nearly a thousand feet (300 meters) and can be set for “throw” of “flood” lighting at the click of a switch. The TK120X also provides five settings for high, low and medium beam as well as strobe and SOS functions.

Not only does the EcoGear TK120X come with all the bells and whistles, it also runs off rechargeable batteries which mean significant savings over a period of time. As if all that were not enough, the manufacturers also stress the fact that, being solidly constructed of aluminum alloy, the flashlight is strong and robust and can also be used as a means of self-defense should that unfortunate situation arise.

If it were possible to give the TK120X a rating higher than five out of five, I would do so. Perfect in all situations from rooting around in the attic to hunting, fishing and camping trips the TK120X from EcoGear is simply an all-round winner. 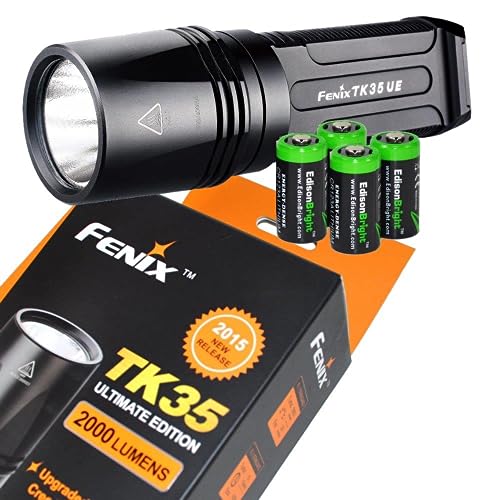 This is the latest version of the popular Fenix TK35 flashlight. The UE stands for Ultimate Edition and that is no idle boast. For starters, the TK35UE is one of the brightest handheld flashlights I have come across with the CREE LED bulb delivering 2000 lumens. The beam is good for a distance of just over a thousand feet and the TK35UE also has five brightness settings: Eco, Low, Mid, High and Turbo providing the exact level of brightness you require in any given situation while conserving battery power.

Additional features include Strobe and SOS lighting and, at a reasonable price for such functionality, the Fenix TK35UE is an ideal flashlight for both emergency and everyday use. Although slightly more powerful (i.e. brighter) than the EcoGear TK120X, the EcoGear flashlight is slightly preferred for its better “throw” beam but the difference is marginal and I also have a TK35UE stored in the car as a more than adequate back-up. 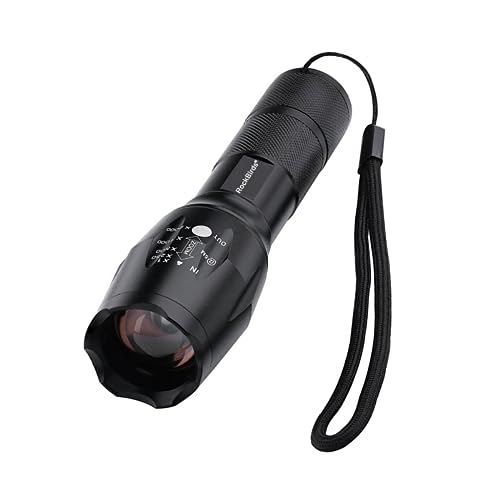 Small and lightweight, the Rockbirds T6 delivers an amazingly strong 1600 lumen light and is an ideal flashlight for carrying in your pocket or purse. For its compact size, the Rockbirds T6 comes with all the features you would expect from its larger cousins including three brightness settings (low, medium and high) as well as strobe and SOS capabilities.

While not as robust as bigger flashlights, the T6 is still an excellent little flashlight. Water-resistant but not waterproof, it is versatile and, with a battery life of between two and four hours, deserves its place in any emergency or breakdown kit as well as just being downright handy and, at a modest price, I consider the Rockbirds T6 to be a good investment.