Home / More / 6 Best Telescopes Under $200 of 2020
"This site contains affiliate links to products. We may receive a commission for purchases made through these links."

Humanity has looked to heavens in wonder for time immemorial contemplating the universe and our place in it. In the past, it was an extremely expensive hobby.

Fortunately, nowadays you can pick up a powerful telescope to satisfy even the most pedantic astronomer without breaking the bank.

In this guide, we will arm you with the knowledge to allow you pick the best telescope under $200 for you.

Some Aspects to Keep You Gazing 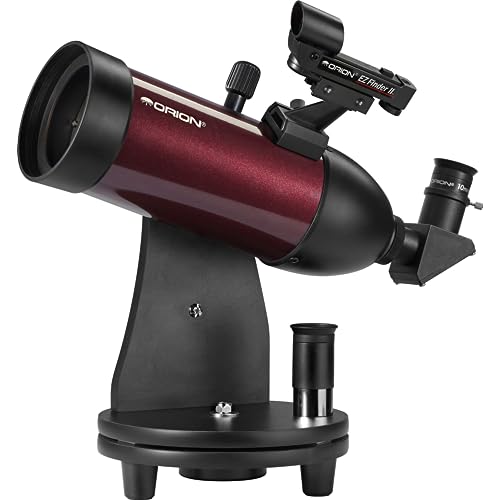 First on our list of best telescope under $200 is the Orion 10013 GoScope 80mm TableTop Refractor Telescope.

This ultra-compact high-quality telescope is the perfect product for beginners and experienced astronomers alike. The initial assembly is simple as well as quick and requires no additional tools. Weighing in at 5.65 pounds, it is highly portable and easy to set up. The telescope is made of superior materials, and the tripod is very sturdy, allowing for the easy maneuverability and smooth movements. The precision knobs are great for fine tuning the image on a particular planet or moon.

One of the most important aspects of any telescope is the aperture. This particular model has an aperture of 80mm – which translates into the easy viewing of our moon and her many craters, as well as many of the larger planets.

The Orion comes with three lenses which provide two differing modes of magnification; 20mm (17.5x magnification) and 10mm (35x magnification) eyepieces allow for the clear observation of the Moon’s craters, Saturn’s rings and the moons around Jupiter. It also comes with a Barlow lens which effectively triples the magnification of any of the above lenses.

All in all, a fantastic telescope to observe the milky way and possibly a nebula or two! 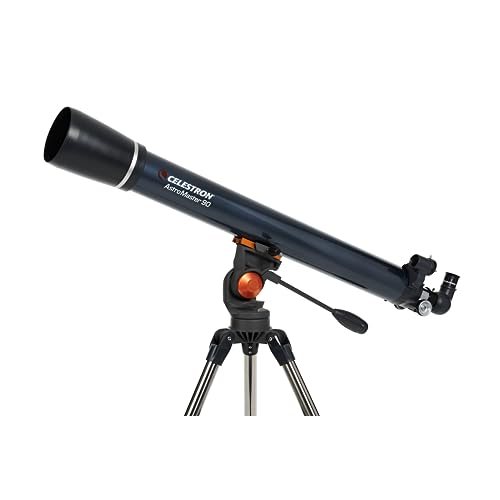 Last but certainly not lease is the AstroMaster 90 AZ Refractor Telescope made by Celestron.

This is a fantastic dual-purpose telescope for beginner astronomers that can be used for celestial and terrestrial applications. The AstroMaster is capable of providing image corrected views of both the land as well the sky.

The AstroMaster has more than double the light gathering power of other 60 mm started telescopes as can double as both a telescope as well as a range spotting scope. The entire scope is incredibly easy to set up, and the illustrator guide is easy to follow.

Refractor telescopes are known for their achromatic optics that provide clear, high-contrast, crisp views of the moon and planets, and the AstroMaster 90 delivers on these expectations right out of the box. The scope comes with two eyepieces; a low power 20mm eyepiece, which provides 20X magnification, perfectly frames the moon while the high power 10mm eyepieces, which provides 100X magnification, is great for resolving detail.

The AstroMasters also features a newly designed Alt-Azimuth mount and tripod which provides a sturdy base for all your cosmic gazing’s (the scope connects to the tripod via a standard dovetail).

Why not give it a go? 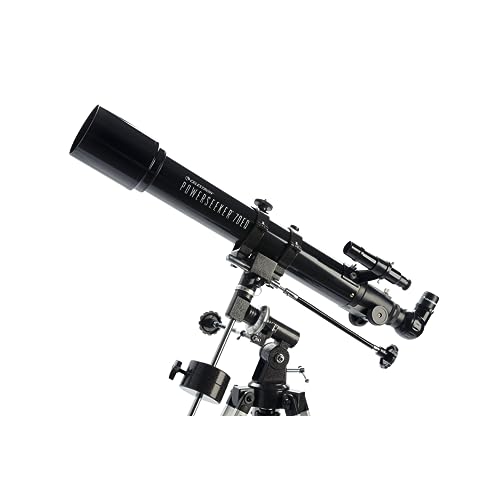 Next up is the PowerSeeker 70EQ Telescope pioneered by Celestron. Celestron has been a trusted name in the astronomy field for many years.

The scope is easy to set up and takes no time or tools to assemble. The optics of the Powerseeker come fully coated to provide high transmission of light to create truly stunning images of superior brightness and crystal clear clarity. The images are also completely correctly-oriented making the PowerSeeker a great scope for celestial and terrestrial applications.

This telescope also comes with a 3X Barlow lens which effectively triples the magnification power of each lens, a 20 mm eyepiece, and a 4 mm eyepiece, allowing you to see further.

The telescope is attached to a 70EQ equatorial mount, which in conjunction with the attached finderscope, makes tracking your favorite constellation, planet or moon as they travel across the night’s sky a breeze.

With its easy setup and clear views, it’s easy to see why this particular telescope is a popular choice among beginner astronomers around the world. Plus, the opportunity to download Celestron’s free SkyPortal app for your smart device and other software will have you identifying heavenly bodies in no time.