Home / Flashlights / 6 Best 18650 Flashlights 2020
"This site contains affiliate links to products. We may receive a commission for purchases made through these links."

Before beginning your search for the best 18650 flashlight let me just clarify what exactly is meant by the term. The numbers 18650 refer to the type of battery used as a power source for the flashlight. 18650 batteries are a relative newcomer on the market but have steadily grown in popularity in recent years. Nowadays they are the preferred battery type in most newly manufactured flashlights although quite a number, but not all, still provide the option of using either 18650’s or the traditional AAA batteries.

18650 batteries have developed rapidly and are now used extensively in portable radios, flashlights and laptop computers. Built to a standard size, 18650 batteries are compatible with most models of flashlights and laptops and the newer versions have an in-built protective circuit which extends the battery’s life. As the cost of production has decreased there has been a corresponding drop in price for the consumer, and the lithium-ion batteries have a longer life-span than their predecessors. Another huge plus for 18650 batteries is that most of them are rechargeable, offering further savings on costs.

Consider This Before Buying 18650 Flashlight

It’s all quite straightforward really and no need for a degree in rocket science so let’s get the (slightly) technical stuff out of the way. 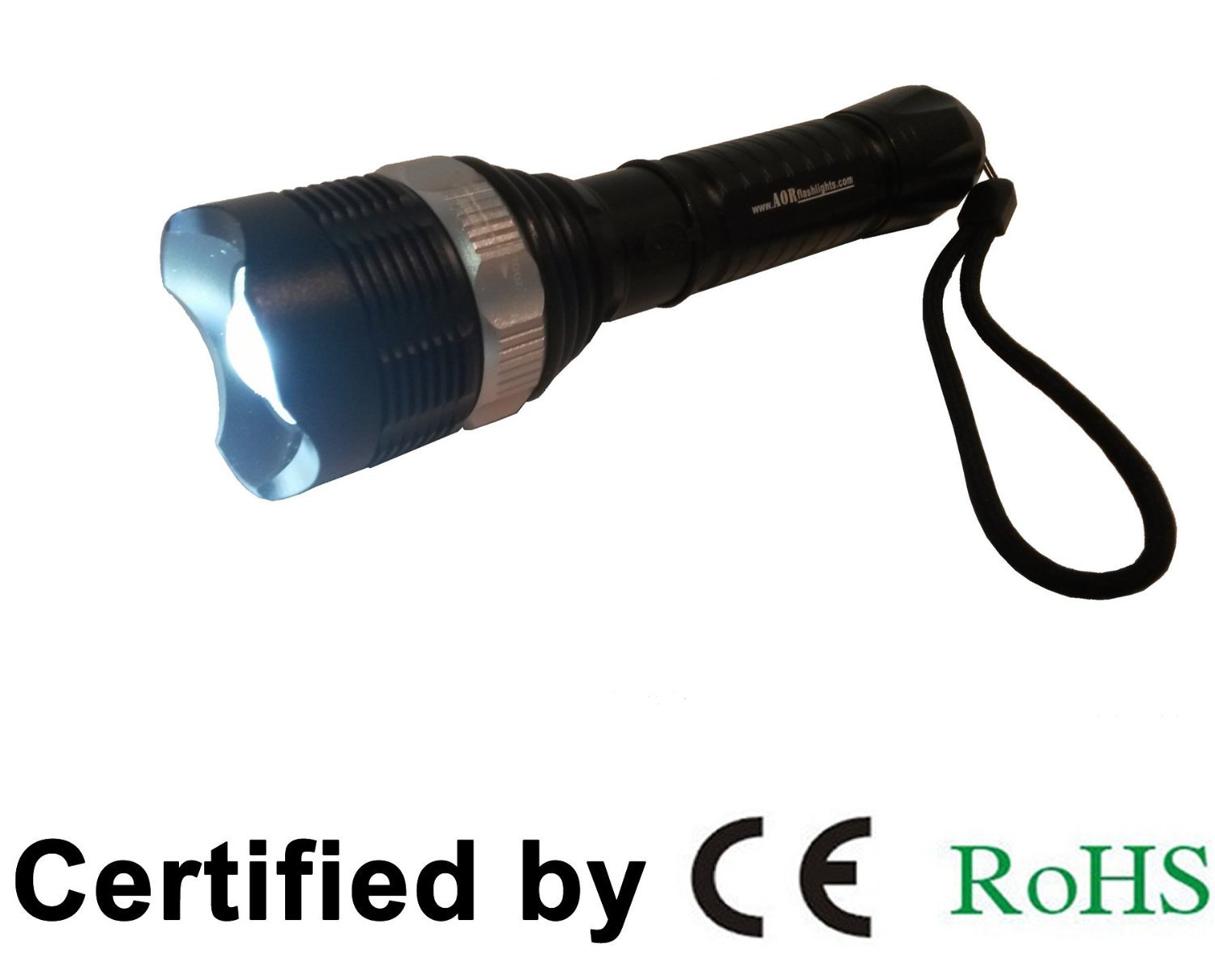 The AOR L2 is the best all-round, general purpose 18650 flashlight I have come across. Although fairly lightweight it is built for heavy duty, waterproof and is ideal for outdoor activities such as camping or hiking as well as being perfect as an emergency light at home or in the car.

The 18650 batteries are rechargeable, according to the manufacturers, up to 800 times. That may take me some time to put to the test but I do know that I didn’t have to recharge the first time until after several days (nights) of use. The AOR L2 can also be powered by three AAA batteries should it be necessary.

Not the brightest flashlight on the market but the AOR L2 doesn’t claim to be. With three settings from super bright to dim, it is versatile and the beam can also be focused by rotating the head. An extra fun feature, but also practical for emergency situations, is the strobe light setting.

All things considered, the AOR L2 is the best and most dependable flashlight I have tested. Simple, sturdy and strong are three words I could use to describe it and the AOR L2 is certainly excellent value for money. 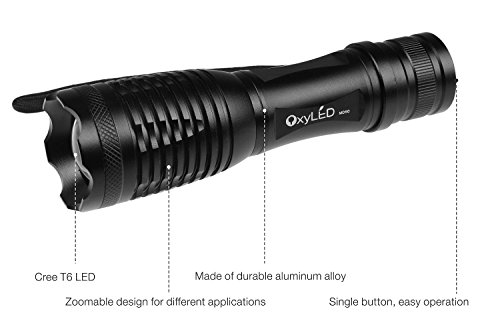 Less than 6 inches in length and weighing in at under 7 ounces, the OxyLED MD50 is one of the top 18650 flashlights for its small size. With the option of using three AAA batteries instead of the rechargeable Lithium-ion 18650, it is perfect for both extended use and in emergency situations.

Despite its small size and weight the MD50 looks and feels sturdy, being made, as the makers will tell you, of aircraft grade aluminum alloy. Although not waterproof, it is extremely water-resistant and can be safely used in heavy rain making it perfect for those weekend camping and fishing trips. The beam can be set to three levels of brightness, as well having a focusing ability, and the MD50 also has strobe and SOS functions which are useful although one hopes an emergency situation never arises.

Although the OxyLED MD50 doesn’t look or feel as strong as the AOR L2 it is a serious 18650 flashlight and worth including in any emergency kit. Due to its compact size, I keep one to hand in the car and, for a relatively small price, the MD50 is certainly a worthwhile investment for any household. 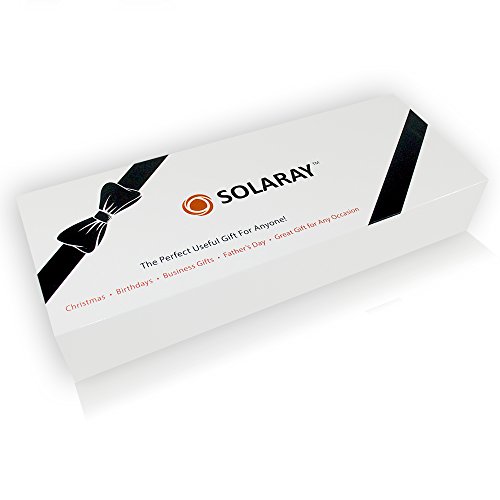 Slightly over 6 inches long but weighing just 5 ounces, the SOLARAY PRO ZX-1 may not be the biggest flashlight you will find but it is certainly one of the brightest delivering 1200 lumens at its highest setting. As you would expect from a top 18650 flashlight, the battery is rechargeable and the PRO ZX-1 can also be run from three AAA batteries as an alternative source of power.

Part of the SOLARAY PRO ZX-1’s appeal are the security features such as strobe lighting and a strengthened front bezel which can be used in self-defense should that unfortunate situation arise. The PRO ZX-1 also has the usual array of light settings including high, medium or low beam which can be focused to a narrow or broad light as required as well as an SOS signal feature.